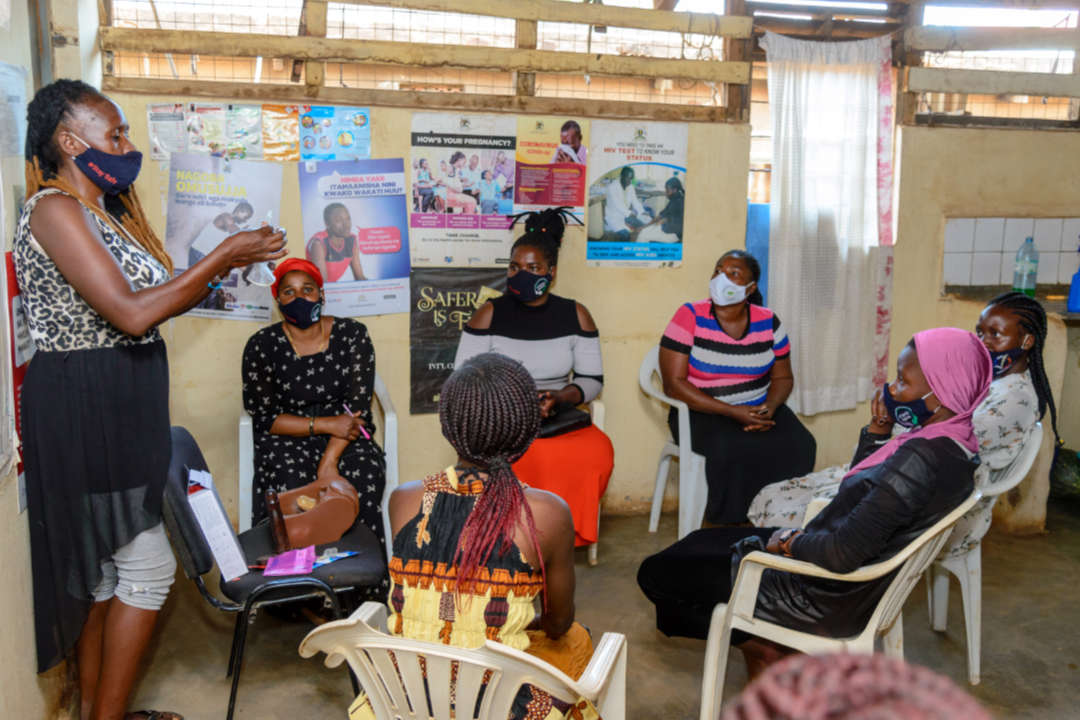 Pretty is a female sex worker who works at a pub in Busia District in East Central Uganda. She first heard about pre-exposure prophylaxis (PrEP) – an HIV preventative antiretroviral medication that substantially reduces risk of acquiring HIV – during a sensitization meeting. Pretty had reservations about taking PrEP.

“I did not think that I needed to be on antiretroviral drugs because I was not HIV-positive,” said Pretty, whose name is not being disclosed to protect her privacy.

The World Health Organization recommends offering PrEP to people at substantial risk of HIV. In 2017, the Uganda Ministry of Health adopted the use of PrEP for individuals most at risk of acquiring HIV, including sex workers and people who inject drugs, as well as other priority populations – including pregnant and lactating women and adolescent girls and young women.

Getting to the Root of PrEP Hesitancy

Results of the effort were suboptimal at the end of March 2020, with only 30% of targeted key populations agreeing to initiate PrEP. This prompted the project to conduct a root cause analysis to understand why clients were declining use of PrEP. Results indicated multiple barriers to uptake, including:

To address these concerns, USAID RHITES-EC worked with districts and health facilities to organize community dialogues and sensitization meetings. The meetings included frank discussions about what to expect during treatment and the impact of PrEP on decreasing HIV risk.

The sensitization meetings helped Pretty understand that she was at high risk of contracting HIV because of her exposure to multiple sexual partners. She decided to start PrEP immediately. During the first two weeks of treatment, Pretty experienced some uncomfortable side effects, but she had been told at the meetings that these were temporary, so she continued treatment.

“I would rather take PrEP and use condoms during sex than get HIV/AIDS,” stated Pretty.

Pretty is committed to taking PrEP and has become an advocate for the medication in her community. She encourages other female sex workers to take PrEP to protect themselves from HIV and takes her clients and partners to the Amalgamated Transport and General Workers Union (ATGWU) drop-in Centre to start PrEP. The ATGWU Centre is a health facility established to provide HIV prevention and treatment services and other health services to the populations most at risk of HIV, including commercial sex workers and their partners, men having sex with men, and truck drivers.

RHITES-EC, working with the district and facility health teams involved in reaching key populations, has scaled up community dialogue sessions and developed targeted interventions to increase PrEP initiation. The work has made a difference: PrEP uptake in East Central Uganda improved from 60% (340/517) of the quarterly target for October-December 2019 to more than 150% of the target (2853/1828) by January-March 2021.