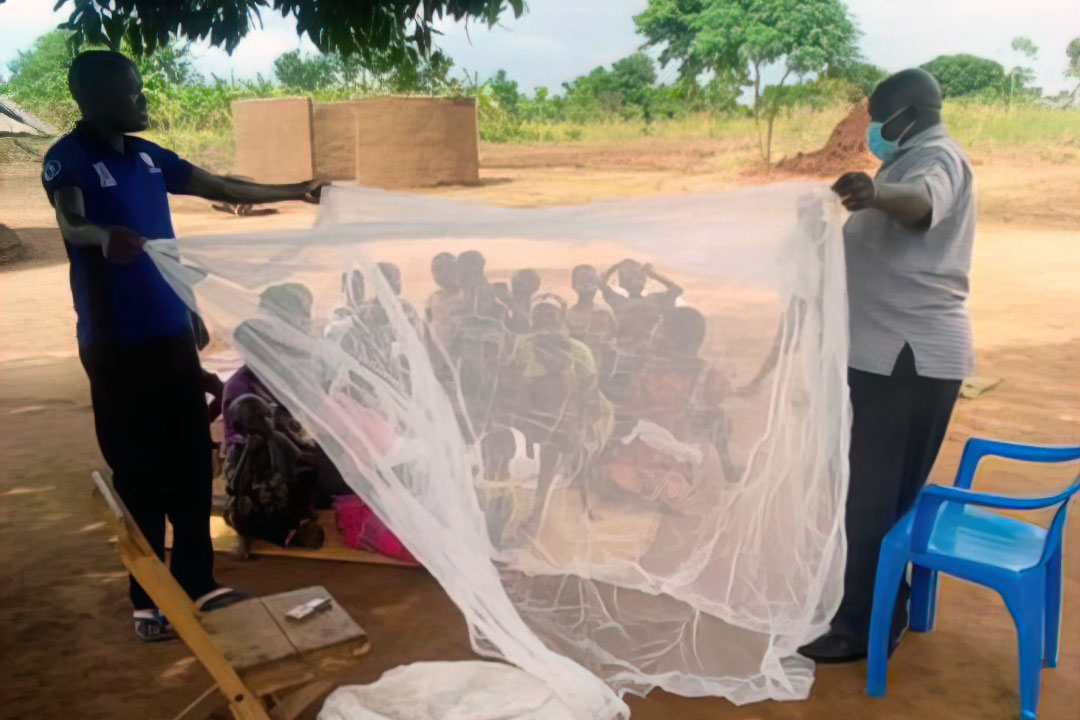 Galdinous Okwonga, a Nursing Officer at Atiak HC IV, shows Amal’s family and neighborhood children how to use and maintain a long-lasting insecticide treated net.

Margaret Amal, 40, was beset with problems: her seven children all had suffered from malaria and her husband sometimes drank too much and was abusive to her.

Amal, a resident of Kelbedi village, Amuru district, Uganda, often took her children individually to a health center for testing and malaria treatment. The frequent visits to the health facility limited her ability to continue farming and to provide for her family’s basic needs.

In some cases, Amal relied on over-the-counter artemisinin-based combination therapy (ACT) without first confirming if the children had malaria. Overall, little was being done to prevent malaria transmission in her household.

Amal’s family is one of more than 500 vulnerable to malaria that the USAID Regional Integration to Enhance Health-North Acholi (RHITES-N, Acholi) Activity is supporting in Amuru District through the Mother Care Group (MCG) model approach. This model uses home visits and group sessions to promote key health care behaviors, such as better nutrition and water, sanitation, and hygiene practices.

Changing the Focus to the Community

In December 2019, the RHITES-N, Acholi Activity reviewed data from October to December 2019 in the eight districts it supports and identified more than 1,000 malaria hot spots. The districts of Amuru, Nwoya, Omoro, and Lamwo had the highest positivity rate. The average positive rate for Amuru – where Amal lives – was 66 percent from July 2020 to March 2021. Uganda’s goal is a 10% national positivity rate by 2025; the country’s rate was nearly 50% in 2019.

Following the review, the activity organized and supported integrated malaria test and treat community outreaches in January 2020 using the MCG model approach in the sub-county.

“We were worried that the prevalence in the region was not decreasing, despite implementation efforts,” said Juliet Arica, RHITES-N, Acholi’s Malaria Specialist. “We conducted mentorships in health centers and clinical audits but the figure in the region did not change much. Then we decided to change the approach to community intervention.”

In January 2020, Amal took all of her children on a boda boda to an outreach post held in Pabbo sub-county, which includes her village. All seven children were found to have malaria. They were treated with ACT, dewormed, and immunized.

“This captured our attention,” said Galdinous Okwonga, a Nursing Officer at Atiak Health Center IV. “We decided to visit their home and hold a health talk with their parents.” Okwonga, also a member of the outreach team, escorted the children home and provided long-lasting insecticide-treated nets to Amal.

“(Amal) welcomed me and we went through a malaria prevention and control session covering areas such as clearing bushes around the home and draining stagnant water,” Okwonga said. “I counseled the couple on gender-based violence prevention. Together, we came up with action points that would enable her to live a healthy life.”

Amal’s household was given special attention and designated a community quality improvement location for a year. The goal: zero positive malaria tests for a year.

Amal enrolled in MCG and volunteered to teach peer mothers in the community about malaria prevention and control, including the concept of an ideal home that promotes good health with mothers who seek good health practices. Okwonga ensured that either he or a surrogate would visit the home every month to test for malaria. Okwonga fulfilled his promise, despite the COVID-19 pandemic.

Amal reached out to her neighbors about the importance of malaria prevention and control at the community/household level, COVID-19 prevention through social distancing, wearing masks, and washing hands with soap and water.

Today, Amal no longer frequents health centers for malaria treatment. She can take care of her family and tend to her farm. No one in her family has tested positive for malaria since December 2020. And her husband is drinking less.

Malaria positivity rates for the Acholi sub-region – which includes eight districts – declined from 65% in the first quarter of 2019 to 46% one year later.

“Working with health workers and engaging the community in malaria interventions has helped reduce cases in the district,” Arica said. 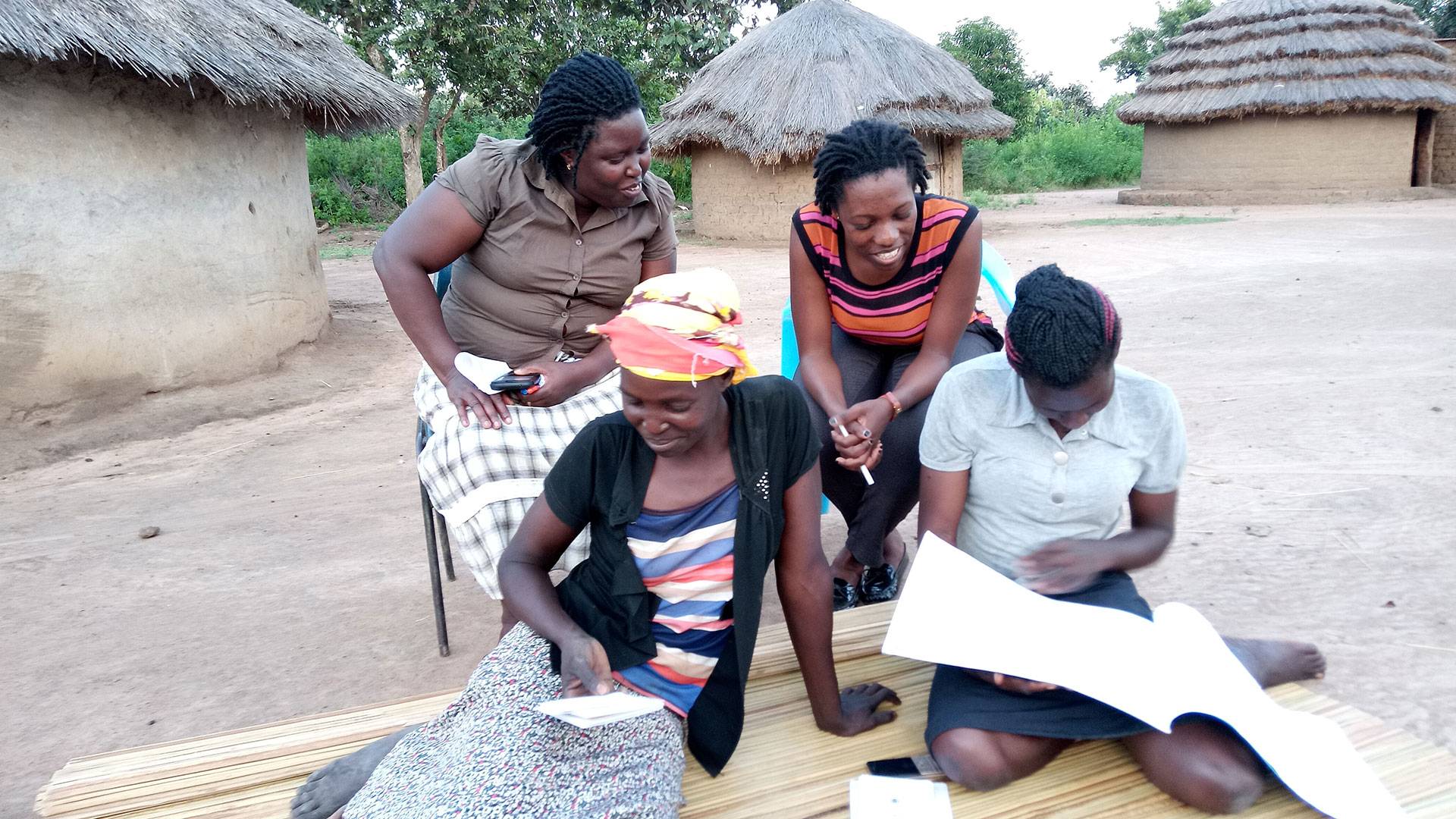