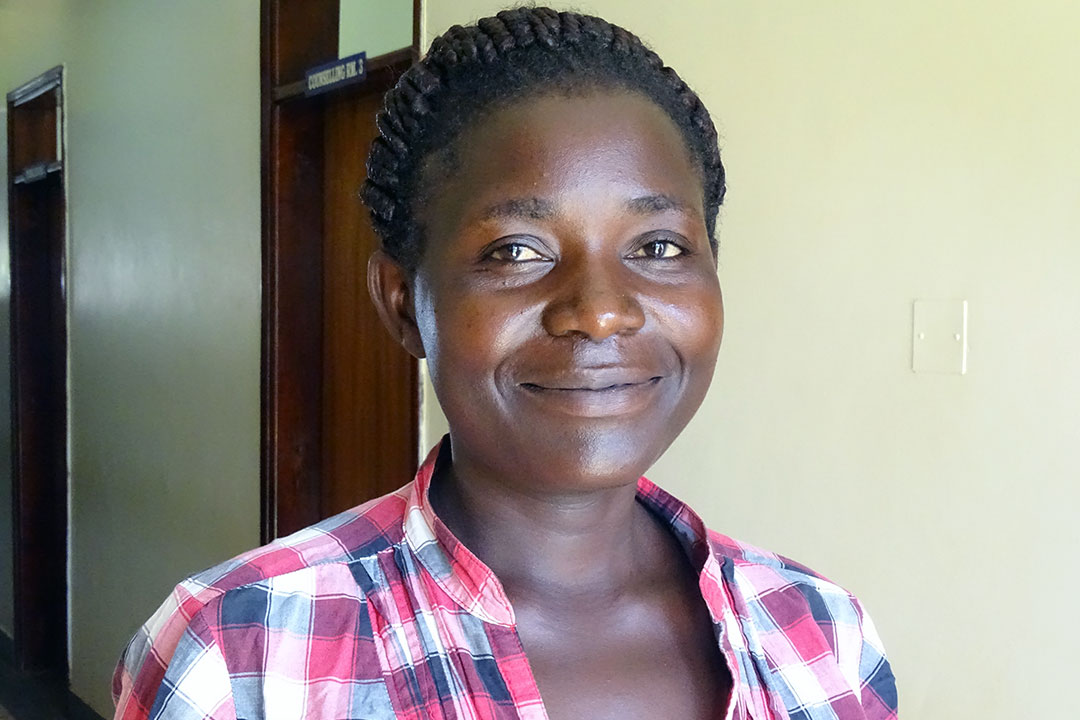 Esther, age 32, had never imagined that someone who is HIV-positive could give birth to an HIV-negative child. She learned this during her first antenatal care visit at Jinja Regional Referral Hospital (JRRH) in Uganda when expecting her first child in 2012. Today, Esther has three children, all HIV-negative.

Once she learned of her HIV-positive status at age 21, Esther faced another hurdle – disclosing her status to her husband. When she joined and started participating in a peer support group, her fear dissipated. “The peer group helped us a lot because all of us feared to inform our husbands. During health education sessions, we learned from women whose partners left them after they disclosed, not to blame our husbands, but to involve them in finding a solution” says Esther.

The peer support groups were created in the antenatal care and early infant diagnosis units of JRRH. The groups aim to enhance uptake and utilization of prevention of mother-to-child transmission (PMTCT) services. They address the women’s need for information, provide peer support for disclosure and addressing stigma, and promote adherence to treatment.

Eager and passionate to share her experience at every peer group meeting, Esther was one of several peer mothers trained to provide counseling to fellow HIV-positive mothers at JRRH. JRRH, a high-volume health facility provides tertiary level referral services for hundreds of lower-level health care facilities that serve a population of over 4.1 million.

At the hospital and in her community, Esther has lost count of the number of women that she has counseled on disclosing their HIV-positive status to their partners. “I am very happy to know that I have helped so many women. We are now like family members.”

From January-November 2018, 166 pregnant women have participated in JRRH peer support groups and other PMTCT activities supported by the URC-implemented USAID Regional Health Integration to Enhance Services in East Central Uganda (RHITES-EC) activity. More than 95 percent of their babies have been born HIV-free and continue with follow-up services until 18 months of age.