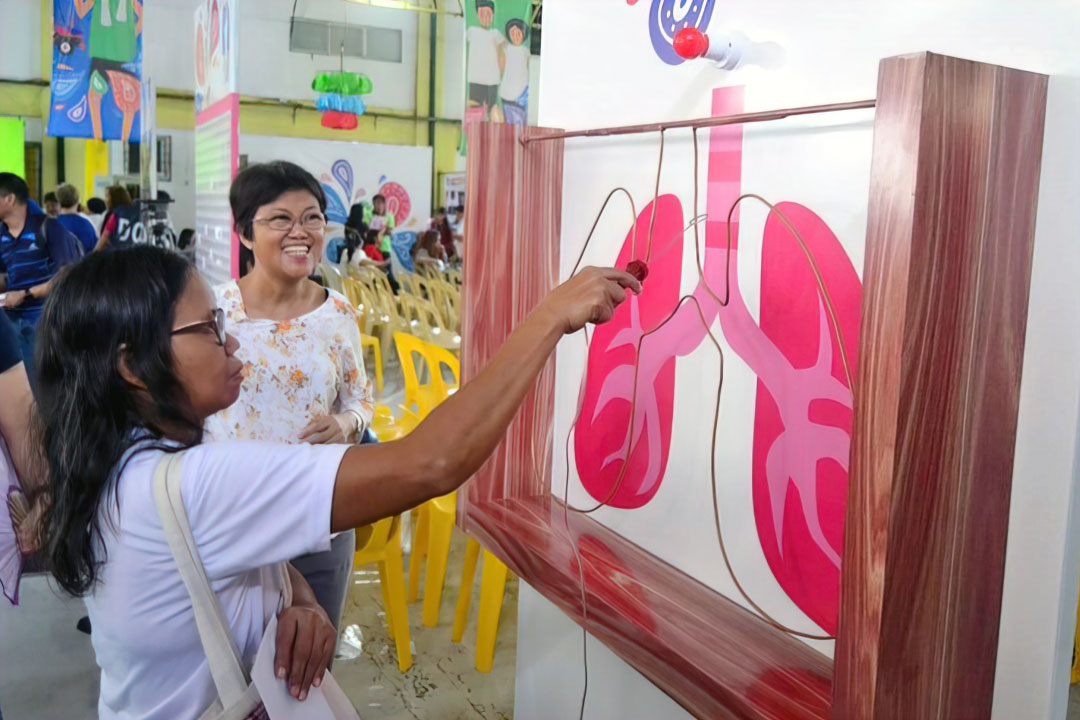 A participant plays the lung maze game, which teaches the importance of finishing TB treatment. This and other games were conceived by URC for a recent launch event of the TB Platforms Project. Photo credit: URC

The Philippines is one of 30 countries with the highest burden of tuberculosis (TB), with a national incidence rate of 554 cases per 100,000 people. Approximately 1 million Filipinos have TB and may or may not know they have the disease. Those with TB-suggestive symptoms often do not seek diagnosis or treatment due to the stigma associated with TB.

In one of the games, Secretary Duque threw balls at images of the TB bacteria. A lung maze game taught players the importance of completing treatment. Participants completed puzzles of famous celebrities who had TB. Prizes included hygiene kits. TB Platforms staff helped develop these informative and interactive games.

The event, which coincided with National Lung Month, drew more than 500 people and included free TB screenings to teach participants how to maintain healthy lungs. The five-year TB Platforms project will intensify and accelerate efforts to support the Philippines’ goal of ending TB. 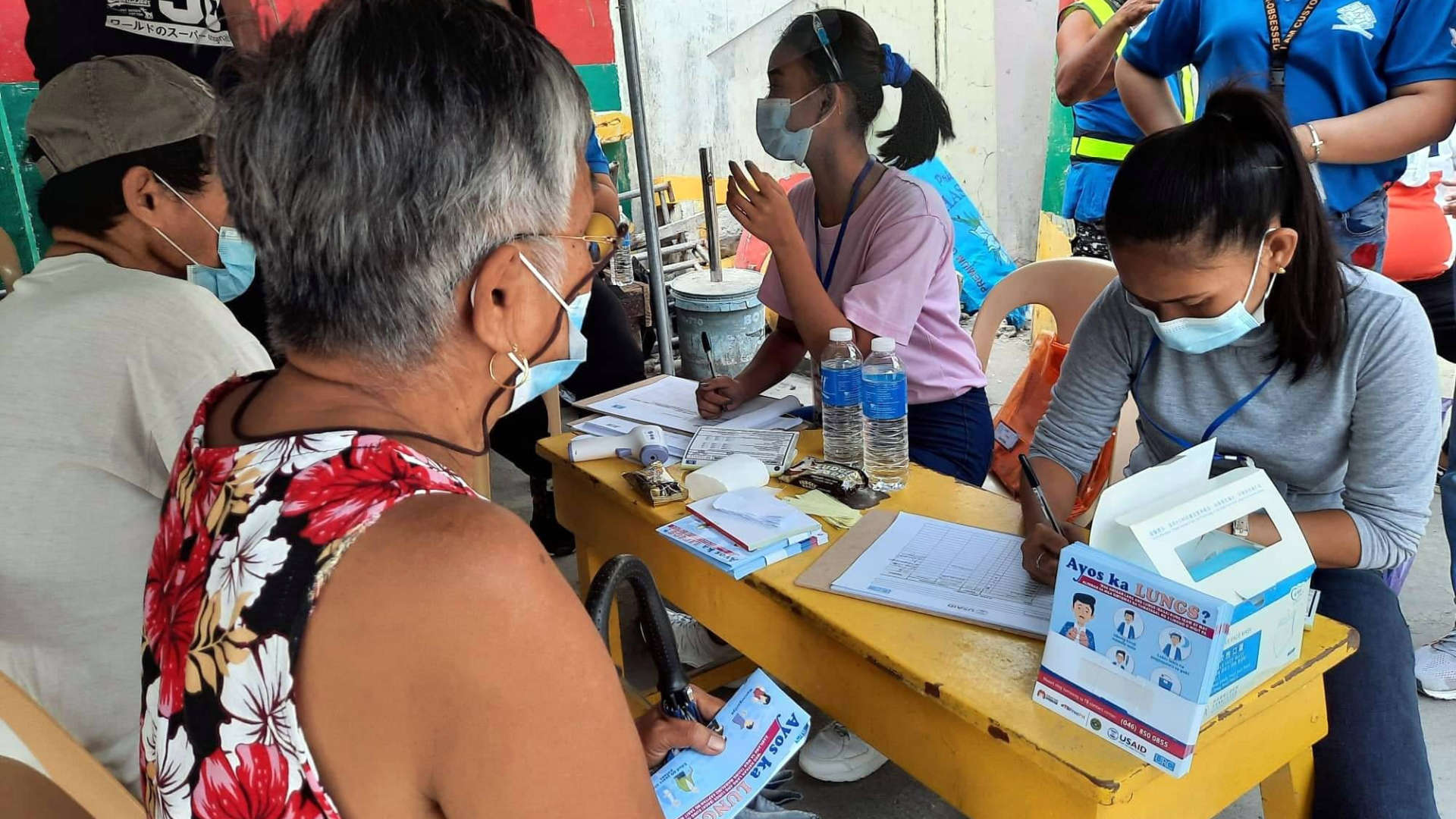