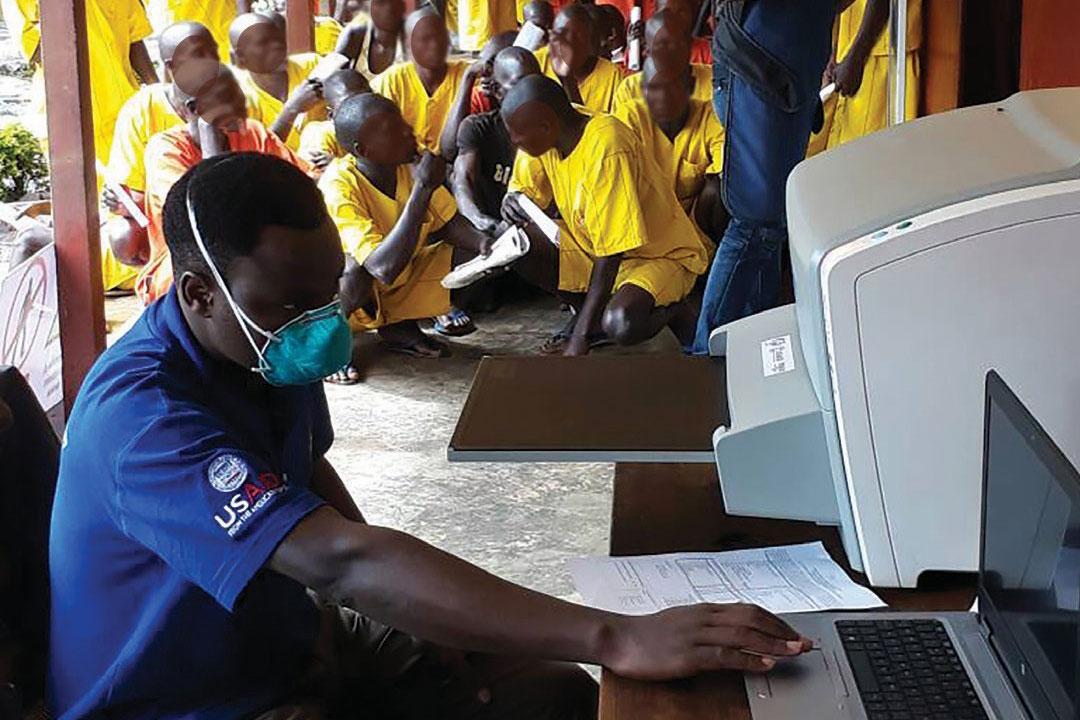 Prisons are settings with high risks of disease. They present a complex and difficult challenge for public health, especially in tackling communicable diseases such as tuberculosis (TB).

The high prevalence and incidence of TB and multidrug-resistant TB (MDR-TB) in prisons is due to a multitude of factors, including:

Defeat TB assessed TB service delivery in three prisons in the Mukono district – located just east of Kampala – using a Ministry of Health standard checklist. The assessment identified gaps in TB screening and infection control, including a lack of TB screening, no system to verify inmates are taking long-term medicines such as TB drugs, and no on-site TB drug supply.

The project introduced the idea of TB screening for all inmates during meetings with the District TB Leprosy Supervisor (DTLS), the officers-in-charge of three prisons, the TB focal person, and the officer-in-charge of the hub laboratory. This central lab with advanced services is where samples from lower-level health facilities are referred for higher-level GeneXpert testing. Motorcycle delivery people, known as hub riders, collect the samples from health facilities, bring them to the central lab for testing, and deliver the results back to the facilities.

Working with the DTLS, the project set up three teams comprised of a clinician, a counselor, and a lab technician from each prison clinic and the government health center. The teams conducted a cross-sectional, systematic TB screening activity at the three prisons, each of which housed approximately 230 prisoners. The screenings identified 327 inmates with presumptive TB. Of those, five cases were confirmed using both chest X-ray and sputum examination. The GeneXpert machine revealed three prisoners with active TB. All diagnosed TB patients immediately began treatment.

Staff working in the prison clinics now are stocking TB drugs received from the DTLS and a new system is in place to screen each new arrival for TB. The district reported 276 new cases – 101 percent of the expected cases – between January-March 2018. The prisons now provide separate rooms for TB patients to control infections.

Findings highlight the missed opportunities for TB case detection and prevention in Uganda. All prisons should carry out intensified TB case finding and prevention efforts. All prisoners should be screened at entry and routinely during their stay to improve TB case notification and infection prevention. All prison clinic staff should be trained in TB case management and provided with TB drugs and infection control supplies. Since prisons represent a mobile community, a proper treatment plan should be in place to allow TB patients to achieve treatment success and reduce the incidence of patients lost to follow-up.

Recognizing that reaching all populations in Uganda with services, diagnostics, treatment, and care, is essential to ending the TB epidemic.