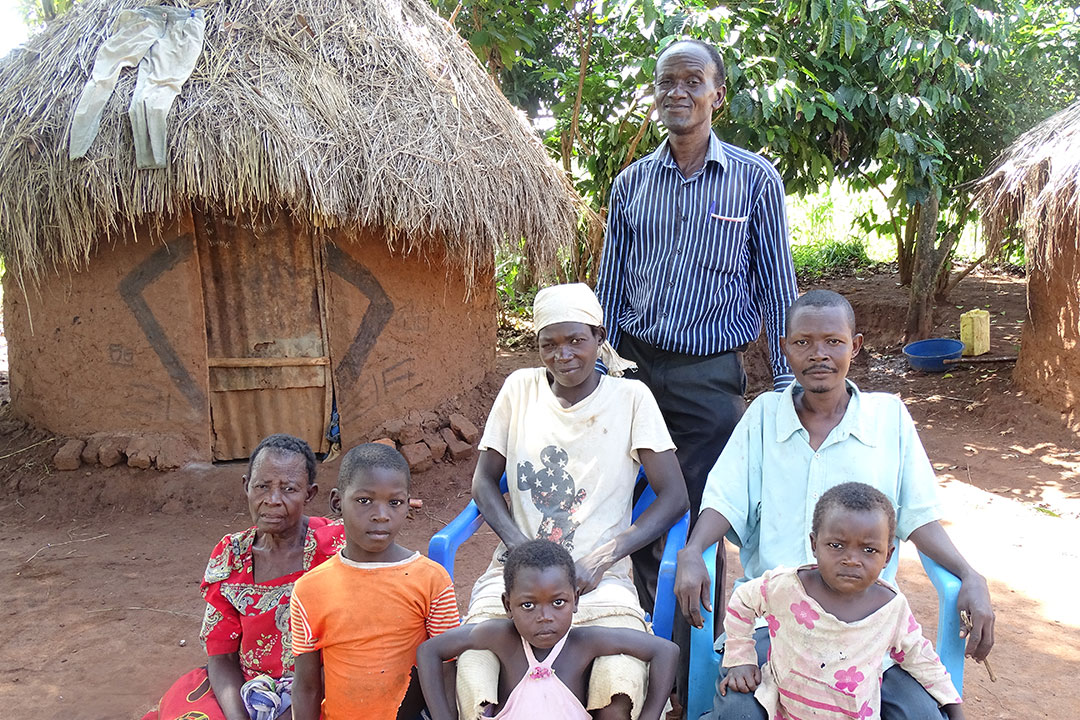 When conducting a health education talk on TB to a group of clients seeking health care services at Namugongo Health Center III in Kaliro township in East Central Uganda, Stanley was approached by a thin and weak-looking gentleman. The gentleman said, “I have all the symptoms you have mentioned, and I have had them for the past two months.”

The gentleman, Moses, aged 37, had a chronic cough that was not responding to medicine from a local drug shop. He had grown weak, lost weight, was experiencing fevers in the evening and sweating profusely at night. Stanley used the intensified TB case finding (ICF) tool that guides health workers in screening for TB and found that Moses indeed had TB-like symptoms. He immediately provided Moses with a sputum sample container which he delivered with the sputum specimen to the Namugongo Health Center III laboratory the following day.

Two days later, Stanley visited Moses’ home with the test results. Moses had tested positive for TB. During the home visit, Stanley met with Moses’ family members and shared information on TB, emphasizing the importance of adherence to TB medicines, how he would support Moses to take his drugs, and ensure he attended his health facility appointments.

Stanley screened Moses’ family members using the ICF form and collected sputum samples from those with symptoms. Moses’ 60-year-old mother, his 30-year-old wife, and 9-year-old son also tested positive for TB. Moses and his family were all promptly registered at Namugongo Health Center III and started on anti-TB drugs. His other two children below five years of age, who were not symptomatic, were started on isoniazid preventative therapy to prevent them from the infection.

“I delight in seeing TB patients cured because I know that they will not spread the disease to other people,” says Stanley.

Moses and three of his family members completed treatment and were declared cured. “I would like to thank the health worker because if it had not been for his efforts, my family and I would not have been treated and cured,” says a grateful Moses.

Between October 2017 to September 2018, the USAID RHITES-EC Project intensified the community approach efforts (through contact tracing and outreach to TB hotspots) to increase TB case identification in 11 districts in the East Central sub-region of Uganda. These efforts in the community yielded 801 TB cases (17% of the total TB cases notified within the same period) compared to no cases identified through community approaches in the previous year. Through contact tracing, 17,474 contacts of 2,936 TB cases were reached; identifying 6,843 presumptive cases, of which 648 (13.7% of the total TB cases notified) were diagnosed with TB.

Community approaches have been recognized as critical to preventing and treating TB. For Moses and his family, the approach was a life-saver.