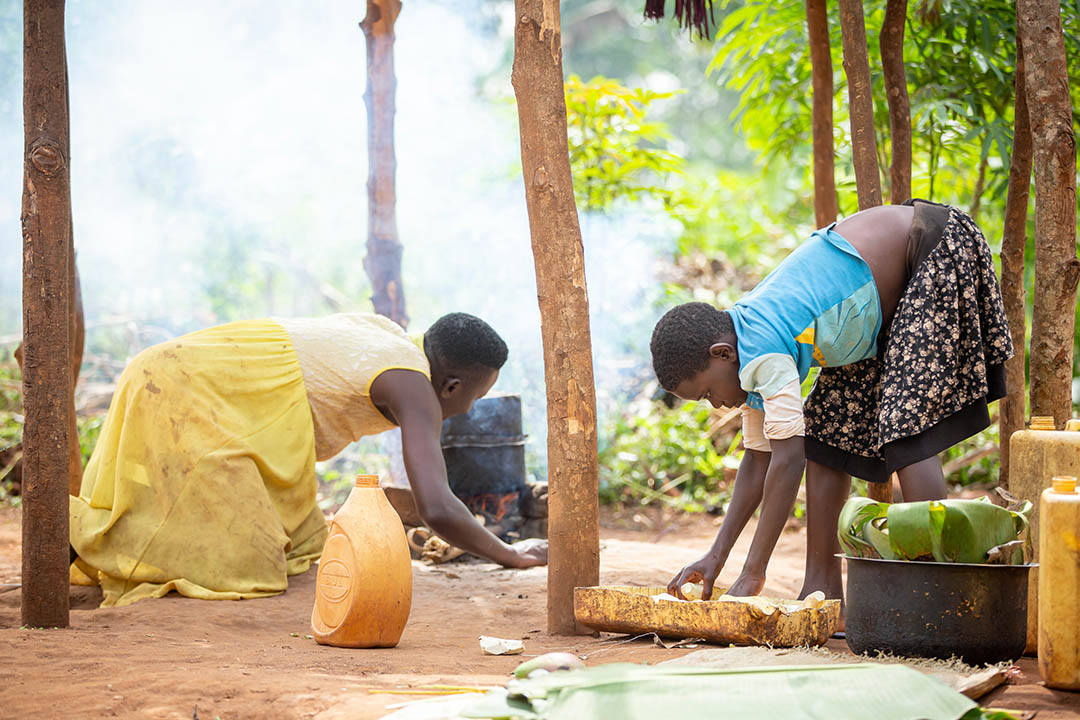 Madina is a peasant farmer living in the Buikwe District of Central Uganda. In 2020, she received news that her 10-year-old daughter, Mariam, had multidrug-resistant tuberculosis (MDR-TB). MDR-TB is a form of TB resistant to two of the most potent anti-TB drugs and does not always present with the usual symptoms of the disease.

Mariam was one of five students who acquired MDR-TB from their teacher. Madina was alerted to her daughter’s case via a contact investigation. Even though Mariam showed no symptoms, she tested positive for the disease.

Madina refused to accept the diagnosis, insisting her daughter had no cough or other symptoms. She declined the treatment offered to Mariam at the Mulago National Referral Hospital MDR-TB Treatment Center. Only when a local council leader intervened did Madina accept her daughter’s diagnosis and agreed to seek care for her.

At the treatment center, Mariam was hospitalized, and initiated on treatment. With support from the URC-led USAID Defeat TB Activity (Defeat TB), she received treatment, psychosocial support, and other assistance.

Patients struggle to complete directly observed treatment for TB – a long treatment with many side effects. Treatment drop out contributes to the development of multidrug resistance and increased morbidity and mortality. Enablers – goods or services such as transportation or the provision of free counseling – improve patient adherence to treatment.

Ten weeks after starting treatment, Mariam’s condition significantly improved. She was discharged and linked to the follow-up facility – Buikwe Health Center III – closest to her home. Mariam continued to receive her daily directly observed treatment from this health center and was told to follow up with a monthly review at the Mulago National Referral Hospital.

Mariam dropped out of school for a year to complete her TB treatment. The medications made her feel weak and dizzy. In the end, Madina supported Mariam’s treatment, telling Defeat TB:

“I [received information about] MDR-TB patients who died due to interrupting treatment, this scared me, and I realized that my child may die if she interrupts treatment. I would encourage her whenever she would complain to me that she was tired of taking medicine.”

Childhood MDR-TB affects some 25,000 children each year across the globe. Thanks to the perseverance of health care workers, the support of her community, and ultimately, her mom, Mariam overcame the disease. When she completed treatment and felt better, Mariam returned to school and once again was able to play games with her siblings and friends – activities she had sorely missed during the long year of treatment.