Myanmar’s population faces the threat of COVID-19, HIV, malaria, and tuberculosis, and the transnational threat of multidrug resistance. Basic health care, including maternal and child health needs to be improved; Myanmar’s maternal and child mortality are among the highest in the Greater Mekong Subregion. Many in Myanmar lack access to primary care.

In the past decade, Myanmar has made strides in infectious disease prevention and control, including malaria, and is successfully moving towards malaria elimination. Since 2012, Myanmar has achieved an 88% decline in reported malaria cases, and a 96% decline in reported malaria deaths. Civil society organizations and private sector partners play a key role in supporting efforts to reach vulnerable populations with advocacy, training, and delivery of health services.

URC plays a catalytic role supporting Myanmar’s goal of eliminating malaria by 2030. Our work began in 2011 under the Control and Prevention of Malaria (CAP Malaria) Project, which supported the National Malaria Control Program, local government units, and collaborating institutions to strengthen the health system and improve the quality of malaria diagnosis, prevention, and treatment while promoting health-seeking behaviors related to malaria across the Greater Mekong Subregion.

“URC’s programs in Myanmar have made a real difference in the region’s move towards malaria elimination and control of multidrug-resistant malaria despite challenges in reaching remote and vulnerable populations.”
Earl Gast
President of URC

URC’s work in Myanmar strengthens the health system and its information systems, advances community-based social and behavior change interventions, and improves quality of care of infectious disease and maternal and child health services.

View all our projects in Myanmar 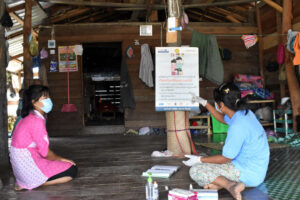 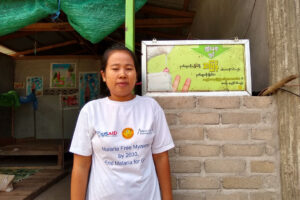 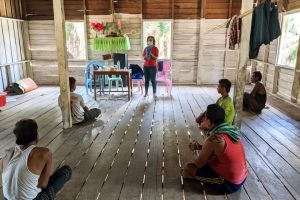