URC has led projects to reduce the impact and spread of malaria in more than 20 countries in Latin America, the Caribbean, Africa, and Asia since 2003. Our activities have contributed to the halving of global annual malaria deaths between 2000 and 2018, declining to just over 400,000, according to the World Health Organization.

We continue to contribute significantly to malaria control efforts globally and support ministries of health to transition programs to elimination efforts through projects we are leading in Asia and Africa. Our programs:

“At URC, we continue to implement malaria interventions that have proven successful, despite adjustments required by the COVID-19 pandemic. It’s important not to lose momentum in efforts to prevent, test, treat, and track malaria.”
Earl Gast
President of URC

In Cambodia, USAID/President’s Malaria Initiative (PMI) projects implemented by URC between 2000 and 2019 – including the first Cambodia Malaria Elimination Project (CMEP) – contributed to an 80% reduction in malaria cases nationwide during that period. There have been zero malaria deaths in Cambodia since 2018, and Cambodia is on track to eliminate Plasmodium falciparum (Pf) malaria by 2023 and all species of malaria, including Plasmodium vivax (Pv), by 2025.Challenges remain in preventing malaria re-introduction and scaling up elimination efforts nationally and within high-risk populations, including forest workers and mobile and migrant populations. Village malaria workers tested 119,349 people with suspected malaria under CMEP, and distributed 418,493 long-lasting insecticide-treated nets to villages to support universal coverage.

Building on Defeat Malaria’s impact, this 5-year activity works in regions with high malaria incidence and with hard-to-reach migrant groups, scaling up proven interventions to ensure treatment compliance and identify cases of drug-resistant malaria. PMI-EM is contributing to the elimination of the indigenous transmission of Pf malaria by 2025 and helping to put Myanmar on the path to eliminate all human malaria by 2030.

RHITES-N, Acholi has reduced the malaria burden by helping to increase the proportion of malaria cases confirmed by either rapid diagnostic tests or microscopy from 77% to 98% in the activity’s first three years. For the same period, the proportion of confirmed cases that were appropriately treated increased from 56% to 97%.

View all of our Malaria projects 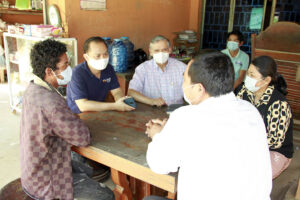 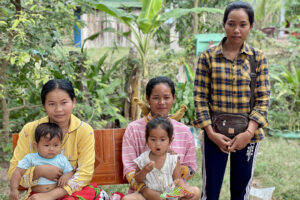 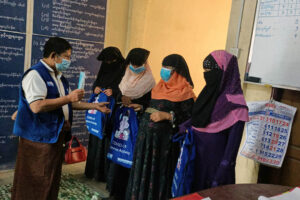