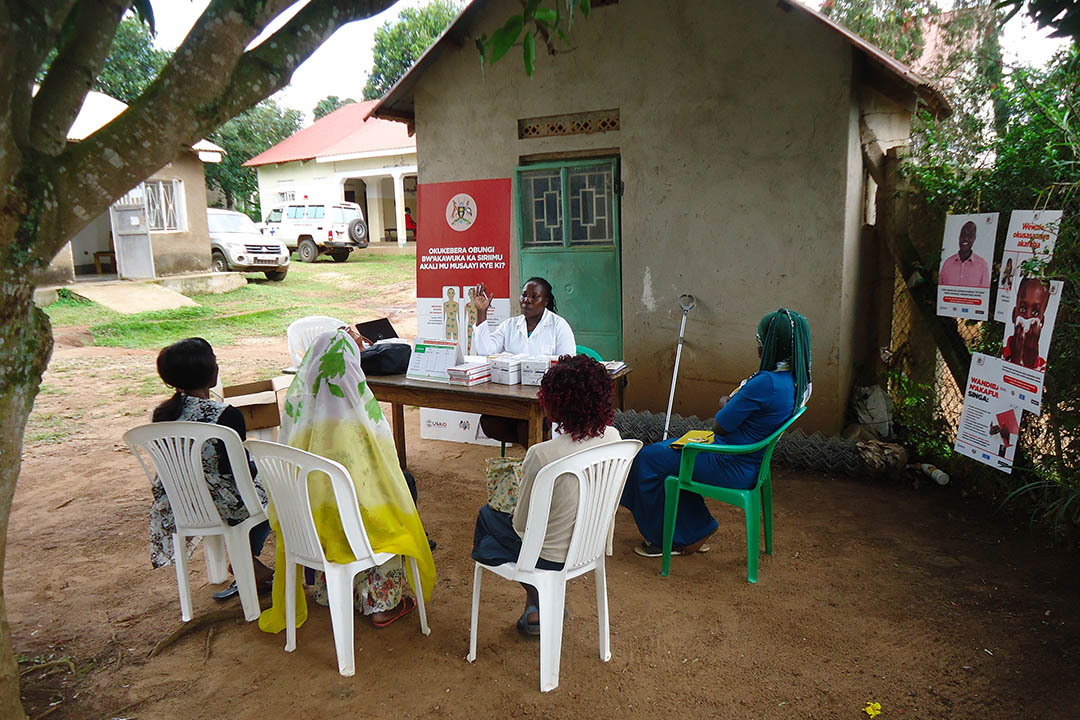 A health worker carries out a health education session on TB with patients who have come for screening and treatment. Photo credit: Rosette Birungi

In 2017, Uganda faced several key obstacles to reducing the reach and impact of tuberculosis (TB). These included inadequately trained health care workers and administrative staff, a lack of coordination among TB program implementers and managers, drug stockouts, and more.

And while Uganda has not yet ended its TB epidemic, it has moved closer to doing so with the support of the USAID Defeat TB Activity, implemented by URC between 2017 and 2022.

Praise from the Highest Levels

“Defeat TB proves that the health system in Uganda can be robustly and sustainably strengthened through collaboration,” Nelson said. “The impressive results achieved – despite COVID-19 – attest to the potential for further gains in health and the well-being of all Ugandans through a more robust health system.”

“Defeat TB … put a dent in TB,” Dr. Aceng said. “The activity has been successfully implemented and we attained the highest treatment coverage, treatment success, and prevention targets during the five-year period.”

One of USAID’s sustainability strategies is localization, or ensuring local organizations can independently create and implement local solutions to health challenges.

Defeat TB contributed to this by supporting USAID on the selection of a local organization to lead its TB work. The Infectious Diseases Institute (IDI) was chosen and is now leading Defeat TB’s follow-on activity, the Local Partnership for Health Services for TB Activity.

“We worked through joint planning to make sure that [IDI has] a sound plan to end the TB epidemic in Uganda,” Nkolo said. During Defeat TB’s last months, activity staff worked alongside IDI to ensure a smooth transition.

At the end-of-activity conference, Nelson reminded the audience that these efforts ultimately are focused on improving the well-being of Ugandans.

“All of Defeat TB’s accomplishments translate into thousands of lives saved,” Nelson said. “And that can’t be lost on us while we’re looking at these statistics … we have to think about the families, the individuals whose lives have been saved.”

“URC has been a strong partner in this effort and we appreciate their leadership,” Nelson said.