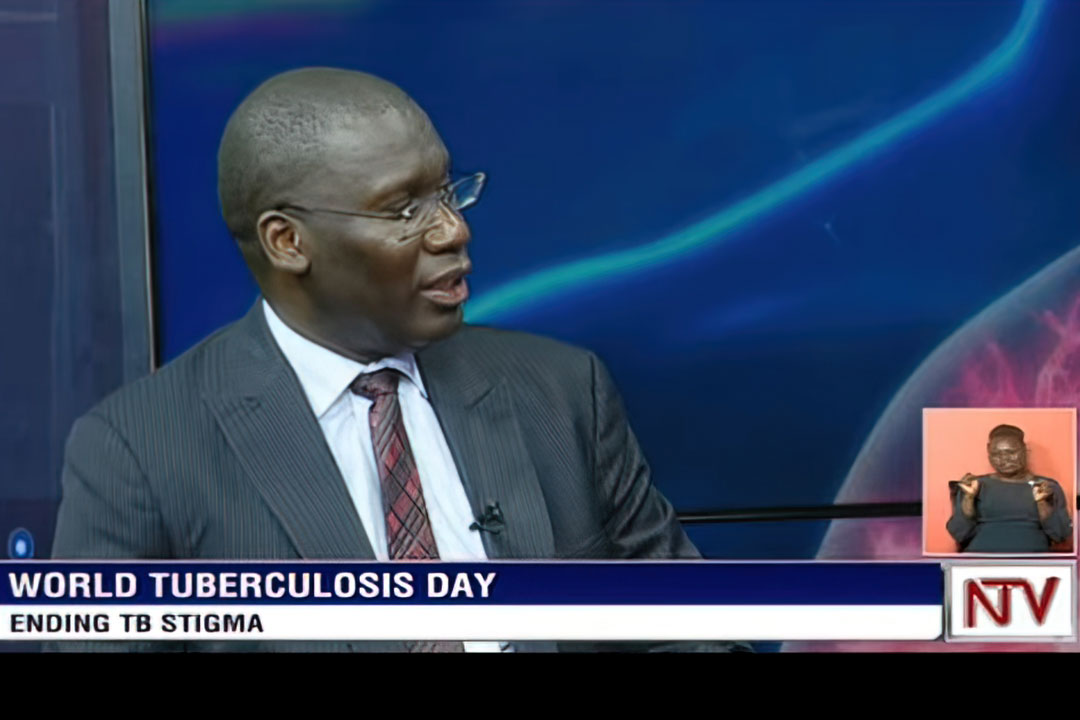 Dr. Abel Nkolo speaks on national TV in Uganda about the importance of ending stigma around TB

Tuberculosis (TB) remains a public health challenge globally and in Uganda. In Uganda, some 89,000 people develop TB each year, with only 60,000 diagnosed. Of those diagnosed and started on treatment, only seven of ten complete treatment. A key barrier to diagnosis and treatment is stigma. In fact, the World Health Organisation recently highlighted that the battle to end TB will only be won if stigma, discrimination, and marginalization of TB patients ends.

Stigma is a Reality for TB Patients

Stigma perpetuates a person’s fear of being abandoned by family members, being divorced by a spouse, being excluded from their community, losing a job, or being evicted. Findings from the USAID-funded Defeat TB Project’s 2018 baseline study showed that stigma represents a significant challenge for people with TB with seventy percent of those with TB reporting instances of stigma.

Stigma is pervasive in homes, in workplaces, in places of worship, and in health facilities. Although TB is more prevalent among men, stigma is more greatly experienced by women, by those with limited education, and by the most vulnerable populations including those living in slums.

Stigma can be propagated by fear of the disease in the community, where myths around the disease are rampant. Families, friends, and caregivers can experience stigma for associating with a TB patient. In homes, family members will avoid sharing utensils with a person with TB, although TB is spread when a person coughs, sneezes, spits, or laughs and droplets are inhaled by a nearby person, not via shared utensils.

In the workplace, employers will terminate staff, even if they have been on treatment for at least two weeks or have completed the six-month treatment and are no longer infectious. People cured of TB have been denied visas into other countries even though they are no longer infectious. Increasing knowledge of TB and dispelling myths can end these unfair discriminatory practices.

Stigma negatively impacts access to TB diagnosis and adherence to treatment and often prevents TB patients return to care,all of which drive new TB infections. Making TB medicines available, innovating new tools for diagnosis, and involving health workers in prevention, care, and treatment are important, but not sufficient to end the epidemic.

Progress has been made to address stigma by enlisting influential public figures to address the issue such as Bebe Cool, the renowned Ugandan musician and Stop TB Uganda Ambassador, and journalists like Solomon Serwanja, the 2019 BBC World News Komla Dumor Award winner.

There is a role for everyone:

In Uganda, Defeat TB and its partners are working closely with communities ahead of World TB Day. The theme of the day is: It’s Time to End TB stigma – It’s Everyone’s Role. Indeed, it’s everyone’s fight.