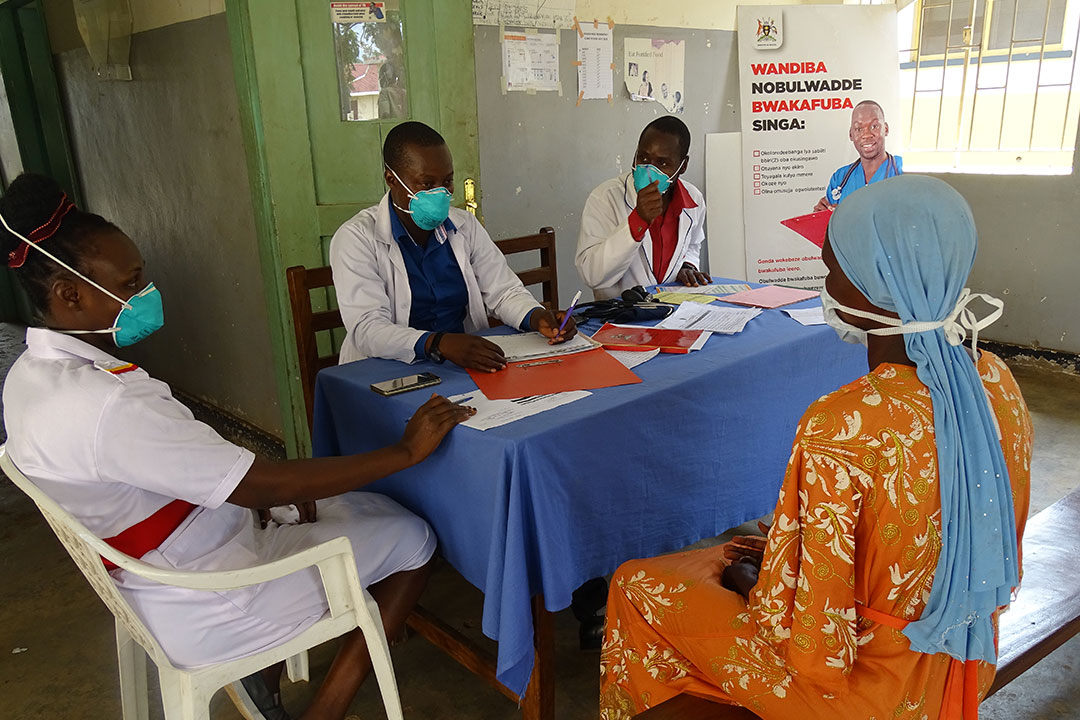 As a mother of six, a wife, and a schoolteacher, Aisha, 38, was worried she might have contracted tuberculosis (TB) again when she developed severe chest pains and started coughing up blood. She had been diagnosed and treated for TB in 2014.

Aisha did not want to transmit this disease to her family and community in Naibugu Village in Iganga District in Uganda, so she sought help at the Iganga General Hospital Multi-Drug Resistant Tuberculosis Clinic (MDR-TB Clinic). Health workers at the clinic understand the serious repercussions of mismanaging drug-resistant TB (DR-TB).

“If we delay starting DR-TB patients on appropriate treatment, it can escalate the transmission rate of the disease to numerous people, including health workers,” said Yakut Mayaye, a clinician at Iganga General Hospital MDR-TB Clinic.

TB is one of the leading infectious killers globally and is the leading cause of death for people living with HIV, according to the World Health Organization. MDR-TB is a form of the disease that does not respond to isoniazid nor rifampicin, the two most powerful anti-TB medications. Only one in four MDR-TB cases is detected globally and, of those, only one in two is cured.

Diagnosis is the First Step

Aisha arrived at Iganga General Hospital on May 1, 2018. Results from a sputum sample returned the next day revealed that Aisha, who was HIV-negative, had developed a recurrence of TB that was resistant to rifampicin. So Aisha was referred to the clinic for MDR-TB management.

Other sputum samples sent to the Uganda National Tuberculosis Reference Laboratory confirmed within a week that she was resistant to both rifampicin and isoniazid, but sensitive to second-line drugs (injectables and fluoroquinolones).

With a confirmed laboratory diagnosis, Aisha began taking the appropriate drugs at the MDR-TB clinic. To ensure compliance, a health worker was required to administer Aisha’s MDR-TB treatment, a method known as directly observed therapy (DOT). To make adherence easier for Aisha, the MDR-TB Clinic allowed a health worker at Nakalama Health Center II – a facility near her home – to conduct DOT with her.

“Every morning I would go to the health center to receive and take my medicine under the close watch of the health worker,” Aisha said. “I was not allowed to take it at home.”

The Journey to MDR-TB Recovery

USAID RHITES-EC facilitated the MDR-TB treatment team to visit Aisha’s home. The team assessed the ventilation in her home, sensitized her family members about DR-TB, and informed them about Aisha’s need for support to enable her to follow treatment. The team tested Aisha’s family members and, thankfully, determined they were negative for TB. The follow-up facility revisited the family every six months to ensure that they did not develop TB.

After successfully completing the DOT short course with the help of staff at the Nakalama Health Center II, Aisha was discharged by the MDR-TB Clinic on March 28, 2019, 10 months after beginning treatment. One month later, she was confirmed to be negative for MDR-TB.

From October 2018 to March 2020, the Iganga MDR-TB Clinic treated 18 DR-TB patients with support from USAID RHITES-EC and other implementing partners. In this period, the MDR-TB clinic has achieved a treatment success outcome of 82% for all its patients using the community case management approach – significantly higher than the national treatment success rate of 68%. In this same period, the MDR-TB clinic staff traced 627 close contacts of the DR-TB patients and identified 63 presumptive TB cases, four TB drug-sensitive cases, and two more DR-TB cases, initiating all on appropriate treatment.

Lastly, all MDR-TB survivors are appointed as ambassadors because cured patients have personal experiences that other people can learn from. Whenever Aisha sees anyone exhibiting signs and symptoms of TB, she refers them for testing.

“I have gone out of my way to encourage people with persistent coughs in my community to seek medical care, and I always tell them that if they are diagnosed with TB, they should not be afraid because it is curable and preventable,” Aisha said.